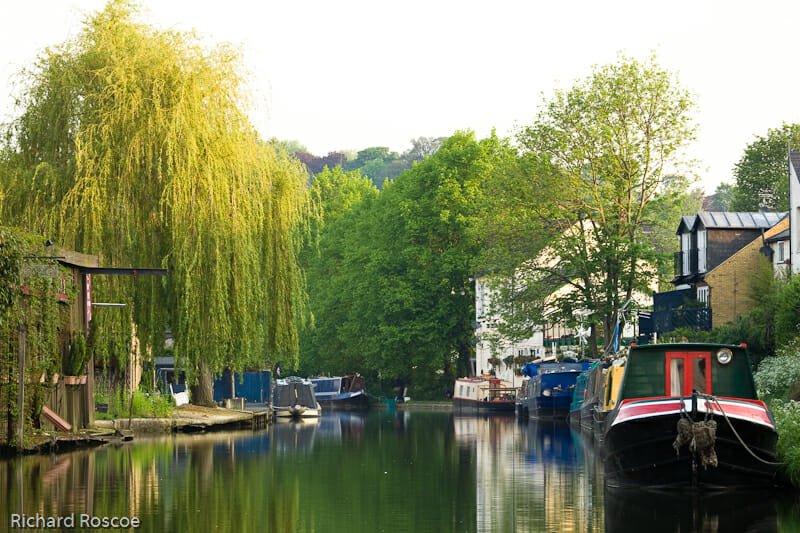 Berkhamsted Castle - A Great Day Out for families

A Brief History of Berkhamsted Castle

Berkhamsted Castle is a Norman, motte and bailey castle.

It was constructed to control a key route between London and the Midlands in the 11th century by Robert of Mortain, William the Conqueror's half brother.

Indeed, in the Domesday Book (1086), Berkhamsted Castle is mentioned as being owned by Mortain, and he built the foremost fortification (in timber) at around 1070.

Berkhamsted Castle was the site where William received the official surrender of the English Nobles subsequent to the Battle of Hastings. He marched his army to Berkhamsted where he met with the bishops of Hereford and Worcester, Archbishop Ealdred of York, earls Morcar and Eadwin and a deputation of leading citizens from London.

The English Nobles offered William the crown of England, and he travelled from Berkhamsted to London for the coronation.

Robert was named Earl of Cornwall after the success at the Battle of Hastings by William.

This medieval castle was substantially enlarged between 1250 probably by Thomas Becket.

It was besieged by rebellious barons in 1216 during this conflict. It became the first building in Britain to come under the protection of Parliament. In 1930 the castle was taken over by the Duchy of Cornwall.

It is retained for tourism purposes by English Heritage and maintained from its present status as an attraction of English heritage.

Within Berkhamsted Castle, you will find a lovely grassy area that allows you to explore the inner bailey, the motte, and a visitors center. Many visitors enjoy walking around the ruins, children often play-act and imagine they are back in the days of the Anglo Saxons. One is King John, another, the Black Prince and they dodge in and out of the walls and other parts of the castle.

Such ancient monuments can bring history to life for many children. Local schools bring groups to visit regularly. One time, they visited a reconstruction of two siege engines created by English Heritage.

Within the castle, on a nice day, you'll find many families having fun. Some will grab a spot on the grass and have a picnic, others may be having a walk, climbing the hill, or playing games.

Berkhamsted Castle is surrounded by a moat, these days, it is usually dry and appears as a ditch filled with weeds. During the winter, it now fills with rainwater and ducks can be seen enjoying a paddle.

A Millennium garden has been built by Berkhamsted Town Council and local volunteers to celebrate the Year 2000. The garden was conceived in an effort to promote biodiversity and sustainability. It attracts a diverse assortment of bees and butterflies through the flower season.

It's all about the insects! Butterflies throughout the whole blooming season, are abundant. The garden is being developed to enhance it. Biodiversity attracts a large variety of insects flower plants in every area. Butterflies and bees are welcomed in the garden for all to enjoy the natural beauty of the garden.

The garden is a short walk from Berkhamsted Castle, put your car in a Berkhamsted car park and you'll have a much better time around the town on foot.

The Grand Union Canal or formally the Grand Junction Canal links London with Birmingham and was completed in 1798 at Berkhamsted.

It supplied the base for the area's wealth by promoting local industries such as grain mills and timber yards.

The bridge now provides an important artery to recreational boatmen. Boaters can park on the towed path along the canal.

Recreational fishing that happens along the canal offers an area of interest for boat enthusiasts and tourists.

The canal was completed in 1797 and is a major tourist attraction for tourists who utilize it as a recreational route to the area.

Along the banks of the canal, that passes close to Berkhamsted Castle:

The Bulbourne River is a chalk stream with a global rarely found habitat.

Chalk streams are home to some of Britain's most rarifying species including white clawed crayfish water vole and brown trout.

The adjoining creek corridors are an important wildlife resource and protect important habitats for wildlife.

Health Equipment Outdoor fitness equipment set up from 2008. The scheme included a playground park for children between 3-11 years.

The equipment includes a range of equipment for children and adults aged around two and three to five years.

Non-members can use the pay and play feature.

The club is open for bowling from May 1 and September 20.

They offer complete programs in social activities and events throughout the year. To visit the site of the events in the center of the Sports Court at the end of the season.

The bowling green is close to Berkhamsted castle.

If you visit Berkhamsted Castle, the town, the high street, its shops, stalls or Market, you'll probably be arriving by car or train. If you are in a car, finding a Berkhamsted car park with empty spaces might cause you some frustration.

Berkhamsted town doesn't have much free parking, but if that's what you are looking for, then Canal Fields Car Park is your best option. The entrance is via Broadwater, which is off Lower Kings Road.

Close to the car park is a children's playground (or park).

From the car park, it's a 15-minute walk to the castle and 5-minutes to the high street.

The most expensive option for parking would be to use the railway car park! Its main advantage is that it is very close to the castle. I'd head for the free car park, it's not so far away.

How do I get there?

Getting to Berkhamsted castle - The mainline line (London Midland from Euston) is just 10 minutes walk away. Arriva 353 and 32 buses stop at Lower Kings Rd.

House prices are expensive at way above the national standard. A four-bed property can't be found for under £600K.

Car parks are expensive and at capacity on many weekends. We have:

In addition to these car parks, there are many short stay spots along the high street. You could also get lucky, parking away from the high street, but many streets in Berkhamsted are double yellow lined. Single yellow-lined roads are frequently found with unusual times specified for no-parking - be careful.